The origin of the legend 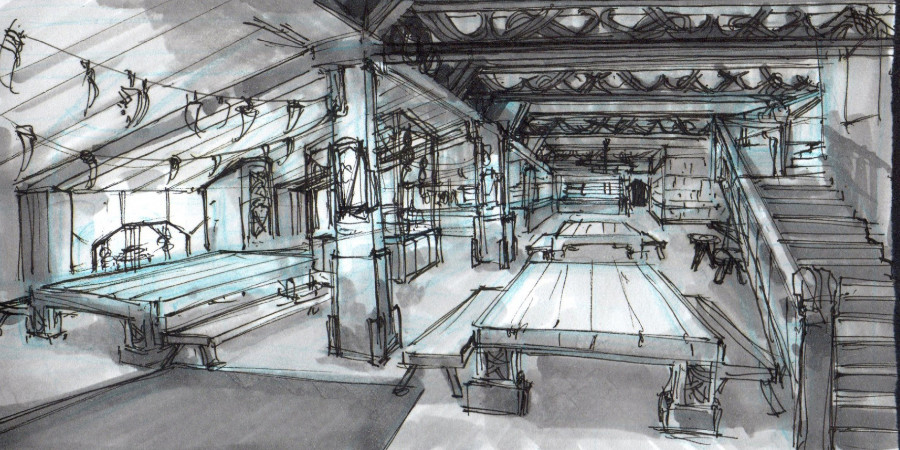 It was the year 1995. My fascination with the classic fantasy of Willow, Labyrinth or The Neverending Story led me to embark on the crazy adventure of drawing comic strips based on those worlds. Combining ideas of all that, seasoned with the Star Wars touch and glazed with the popular work of Robert E. Howard, called Conan, Jimmy Zeion and his world came to life under the name of Dragon Soul.

The fantasy of Willow, Labyrinth or The Neverending Story seasoned with Star Wars and glazed with Conan

The story that gave birth to the Dragon Nindenn-Ka-Yh universe had little to do with King Kirah’s Dracorum or the sinister Dark Soul.

The story unfolded entirely on Earth (called “Gaia”), specifically in the steppes of Mongolia.

The adventures of the protagonist led him to travel the world, as a member of the order of Fuden, the warrior monks of the Sacred Dragon. These monks were dedicated to hunting monsters and demons around the globe, until a renegade member of the order organized a plan to conquer the planet and then the entire galaxy, focusing his attention on the planet Dracorum. Jimmy would sacrifice himself to reincarnate later in a draconian named Kirah.

This was the seed that sprouted in The Dragon Nindenn-Ka-Yh, which was actually born as the sequel to Dragon Soul.

Several years later, in 2010, the story underwent many changes and mutations until it became the novel Dragon Nindenn-Ka-Yh: La Leyenda Negra de Streeyh.

That’s when it all really started. The book was my homage to all of that and also to the newly discovered for me, Final Fantasy.

The book was my homage to all of that and also to the newly discovered for me, Final Fantasy

Today, right in 2019, the novel is relaunched by Zerouno Games. Bernardo Hernández and Juan Cañete believed and bet on the project, so much that today it also has two sequels, a prequel and a transmedia project that includes a comic and, of course, the crown jewel, HOLMGANG: Memories of the Forgotten. This last project will be a frenetic action video game that will narrate the events of the Shadow War that involve an anonymous heroes’ group who would change the Dracorum world forever.

Any cookies that may not be particularly necessary for the website to function and is used specifically to collect user personal data via analytics, ads, other embedded contents are termed as non-necessary cookies. It is mandatory to procure user consent prior to running these cookies on your website.